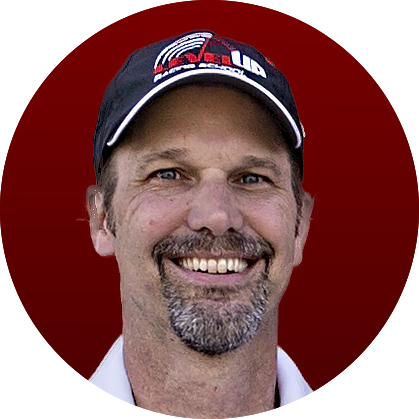 Peter has been consistently racing since 1990 and instructing/coaching since 1995. He was a Skip Barber Racing School Master Instructor, an instructor with the Cadillac V-Lab and V-Series Performance Academy, a pro coach with Hooked On Driving, a former Chief Instructor of the Road America Driving School, he coaches racers on a private basis at track days and race weekends and is currently a driver coach with Kelly-Moss Road and Race. He instructs for major auto and tire manufacturers for both street-car programs in paddock/parking lot venues as well as race-car programs at race tracks across the country.

After getting his first professional ride in 1996 at the IMSA 24 hours of Mosport (with teammate and fellow LevelUp instructor, Terry Earwood!), Peter has racing experience at nearly 40 tracks in the US and Canada. He currently races his 1973 Porsche 911 RSR with ArmsUp Motorsports at vintage events, and has also raced in Sports Car Club of America’s (SCCA) Spec-Miata class in both sprint and endurance events at the Regional and National levels. He’s a race winner in the Skip Barber Race Series, SCCA, vintage, and endurance events.

While not on the race track, Peter likes to get back to nature on off-roading trips with family and friends with some of vintage 4x4s like his family’s ’94 Land Rover Defender, ’84 Jeep CJ-7, and ’74 Ford Bronco.

Peter lives in Manitowoc, WI, with his wife, Lori, and their 18-year-old son, PJ. Peter and his wife also have two grown daughters: Olivia, a music teacher in Vienna, Austria; and Grace, a BSN registered nurse.